The Place: From the Greenview Overlook (elevation: 4134 ft) 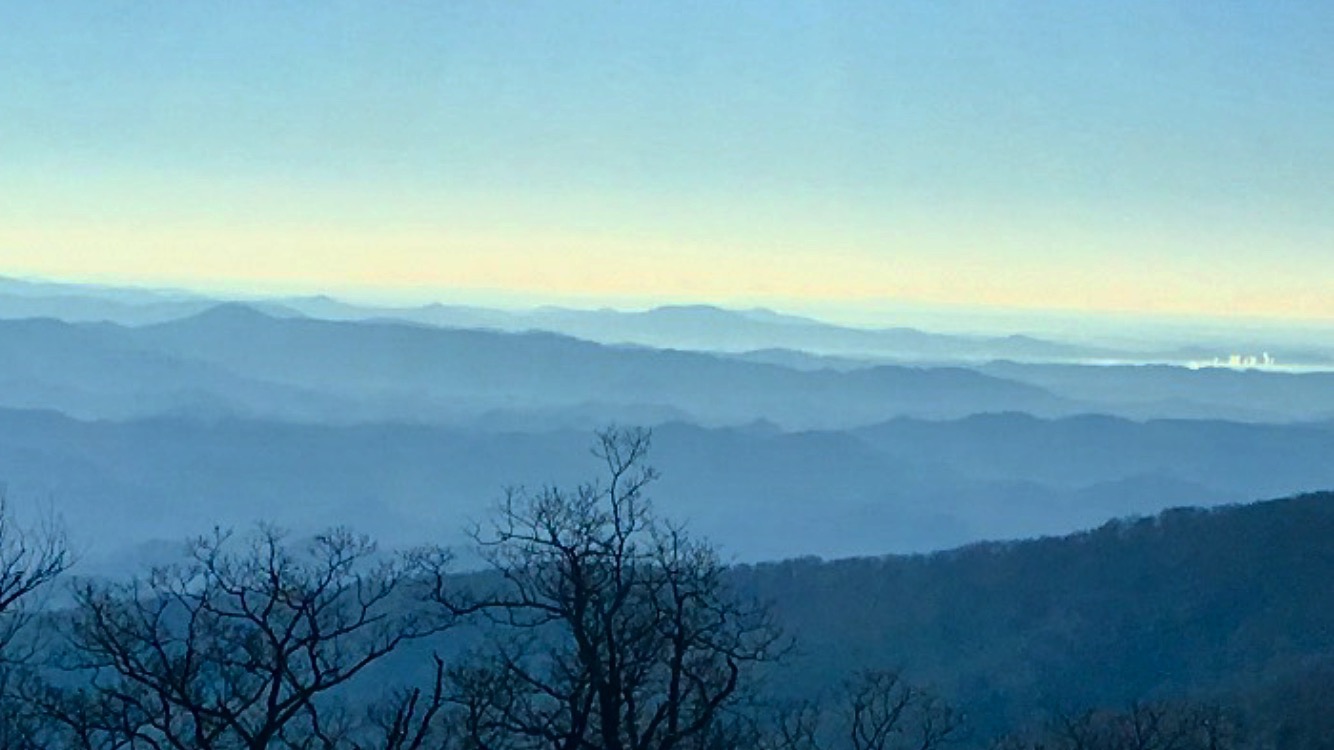 From the Greenview Overlook (elevation: 4134 ft)


The Appalachian Mountains rise up majestically from the foothills, a seemingly endless stretch of land that rises and falls, rises and falls into the distance. These are some of the oldest mountains in the world, approximately 300 to 500 million years old.

Boone, Watauga County’s largest town, is 3,333 feet above sea level. The highest peaks in Watauga rise up to nearly 6,000 feet. They may be ‘shorties” compared to the Rockies, but when the settlers first set out to explore the western reaches of America, the Appalachian Mountains were a significant barrier to westward expansion and settlement.

Until the 20th century, Watauga was one of the three “lost provinces” of western North Carolina – along with Allegheny and Ashe Counties – mountain areas so remote and so difficult to access that the joke was “the only way to get there was to be born there.”

Today, when we return home to Watauga County after a trip off the mountain, it’s a reminder, always, of the challenges faced by the initial settlers to this region. The car engine groans under the weight of the climb. The turns are sharp. The ascent is steep. In a car, it takes about 45 minutes or so to get back up the mountain from the nearest town in the foothills below. Looking at the undulating waves of mountains that stretch into the distance and the heavily wooded forests that still remain in this area, it is almost impossible to imagine the settlers winding through this area in their wagons.